The Velence Mountains is the only independent ancient mountain range in Hungary, the highest point being Mount Meleg with 352 metres.
Granite that was formed approximately 350 to 285 million years ago takes up its main weight. It broke to the surface from the depths of the Earth, raised the sedimentary rocks of the Earth’s crust in a vault-like manner, and then cooled down and solidified slowly.
The next approximately 250 million years passed with the destruction of the cover layers and then the granite by external forces.
About 55 to 38 million years ago andesite lava erupted, the cones of which were later demolished.
5 to 2.4 million years ago the mountains sank and were partly flooded by the Pannonian Sea. The sea’s traces can still be observed today in the sea sand scattered throughout the mountains.
Somewhere from 2.4 million to 10 thousand years ago loess settled partly on the Pannonian strata and partly on the granite, accumulating in wind-shaded places.
Since then, the mountains have undergone a significant upwarping which formed the surface that can be seen today. 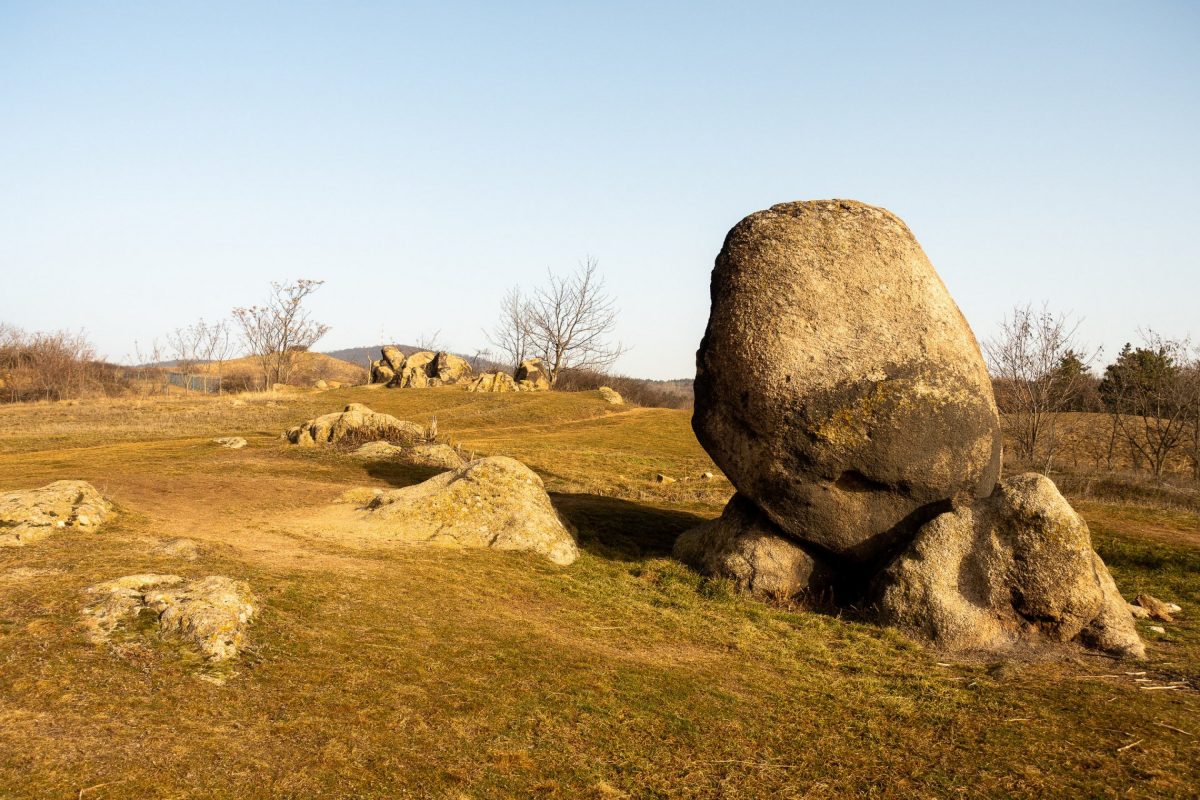